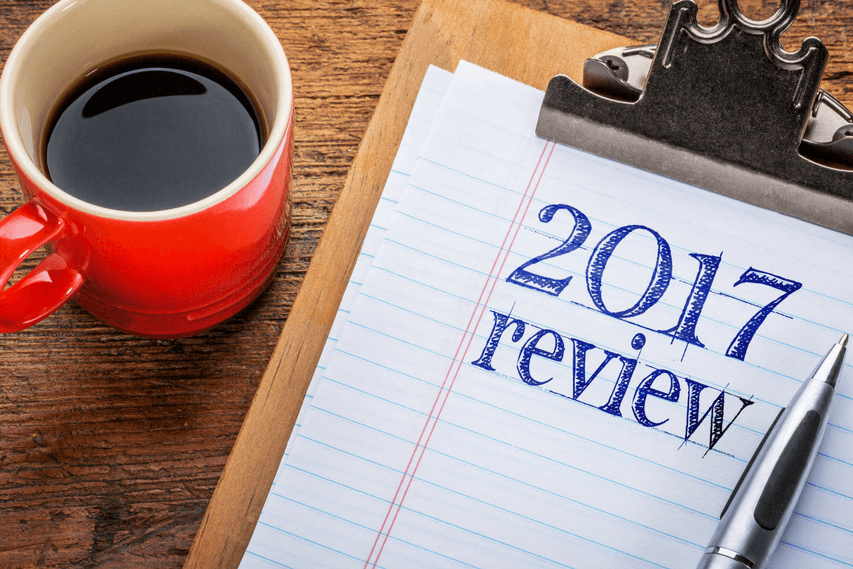 Published on 8 January 2018 by The Bower Team

2017 was a record breaking year for the equity release sector. But what contributed to this success? We’ve listed the pinnacle moments from the past year.

Figures from the Equity Release Council revealed that the equity release sector saw record annual growth in the first quarter of 2017. Total lending reached a value of £697m* and new plans stood at 8,351* (a 61% increase from 2016.) This was a strong start to the year and differed from the usual trend of a slower start.

Q2 was another record breaking quarter, with an increase of over a third on lending year-on-year. Between April and June, those aged 55 and over released a total of £701m from their properties. This is compared to £514m* in Q2 2016, representing a 36% increase.

New plans were up 27% from Q2 2016, at 8,454*. 68% of these plans were drawdown lifetime mortgages which was the popular product choice for consumers.

This record breaking quarter demonstrated the growing popularity for the product and the expanding market. It goes to show that releasing funds from bricks and mortar is becoming ever more mainstream in funding retirement.

We welcome the FCA’s decision not to develop a standalone equity release qualification, which is a clear win for consumers. Different consumers have different needs, and advisers need a comprehensive knowledge of a range of potential solutions – including those available via the wider mortgage market – to provide well-rounded advice.

Overall, an encouraging verdict for consumers. With advisers having mortgage knowledge, they can offer a balanced and informed view ensuring the consumer gets the right product for their needs.

From July to September the total amount of lending surpassed the £701m recorded in Q2 and reached £824m*. This represented the highest figure seen in any single quarter since the Equity Release Council began tracking quarterly activity in 2002.

With a new product launched, landlords of buy to let properties and homeowners aged 55+ with a second home can access their property wealth. Buy to let and second home equity release products open up a whole new customer base and boost the market.

Product options triple after a decade of growth for the equity release sector. There are now 78 product options available from Council Members. This growth means more flexibility for consumers and more satisfaction for the soaring demand. Consumers have more choices such as voluntary/partial repayments, drawdown facilities and inheritance protection.

The explosion in product options over the past decade is testament to the work done by the sector to meet increased consumer demand with solutions tailored to varying customer circumstances.

After 6 successful years, Nigel Waterson steps down and the Equity Release Council announced that David Burrowes will be their new chairman, assuming the role from December.

David brings a wealth of experience having spent 12 years in a parliamentary career and has the qualities to drive the council forward into 2018.

Using my experience gained in Parliament, I also look forward to strengthening the profile of equity release with a diverse range of political and regulatory stakeholders.

Big news for the equity release sector as Nationwide launch their lifetime mortgage product. Being the first high street mortgage lender to offer such product demonstrates how equity release is becoming more and more mainstream. A pivotal moment for equity release market.

Memberships to the Equity Release Council increase and stand at 671* individual members. This is an increase of nearly a third, (31%) from last December. With the retirement planning landscape flourishing, it sets up a good momentum for 2018.

Having seen a period of sustained growth, the equity release sector is on course to reach £3-billion in lending for 2017. This will be the first time figures have reached such an amount in a single year. Topping 2016 where total lending for the year reached £2.15 billion*.

What does 2018 hold for the equity release sector?

2017 was a pinnacle year for the equity release market. David Burrowes comments on the year;

2017 has been a watershed year in the life of the equity release sector. The growth in numbers and diversity of The Council’s membership is testament to both the rigorous safeguards and product innovation within the market, that are increasingly helping to move housing wealth into the mainstream as a tool for financial planning in retirement. Property is, for many people, their largest asset and has the potential to play an even greater role in the future of retirement funding.

But what can we expect to see for the equity release sector in 2018?

With many interest only mortgages maturing there is a genuine customer need for equity release. This will continue to drive business as a lifetime mortgage can be a real lifeline for those in retirement who can’t afford the monthly payments.

With the arrival of Nationwide into the industry the product will only become more popular. It can be expected that more mainstream lenders will enter the market. This will result in more confidence amongst consumers and more acceptance of equity release as a solution for retirement funding.

With people living longer these days, the terms of mainstream mortgages could potentially last longer i.e. past 65 etc. This means that monthly repayments could carry on into retirement resulting in a requirement to access more funds by such means as a lifetime mortgage.

With the increase in inflation, retirees will be feeling the pinch. This will lead to an increase in demand to boost retirement income by releasing funds from property.

Andrew dealt with our equity release painlessly, it was clear easy and did not take too long and that included over the Christmas period. Our boys are very happy.