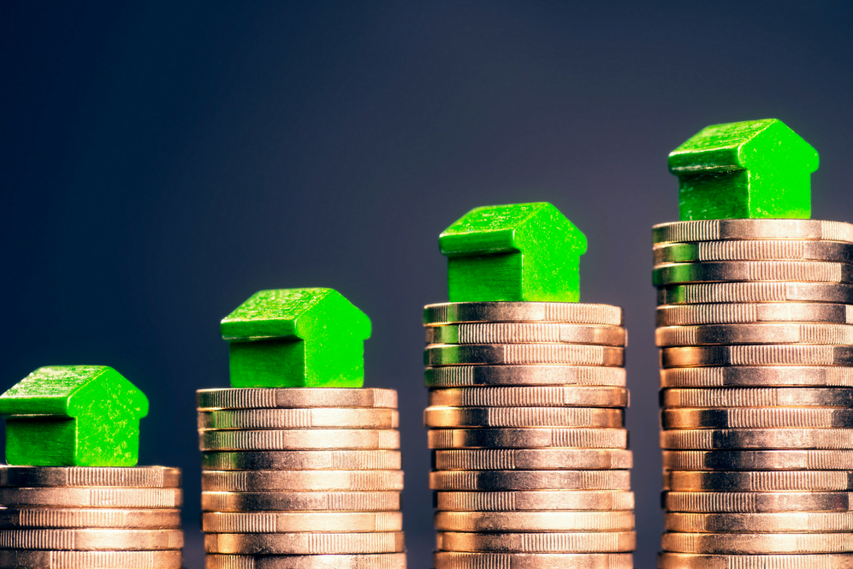 Record breaking figures show annual growth at a 15 year high as 2017 sets a new milestone in equity release history with the highest lending in a single year standing at £3.06bn*.

Historic end to the year

Q4 was a phenomenal quarter with lending reaching £838m. This record breaking achievement contributed to a 42% growth of overall annual lending when compared to £2.15bn during 2016. With total lending exceeding £3bn, 2017 saw the highest level of growth for the market since 2002. 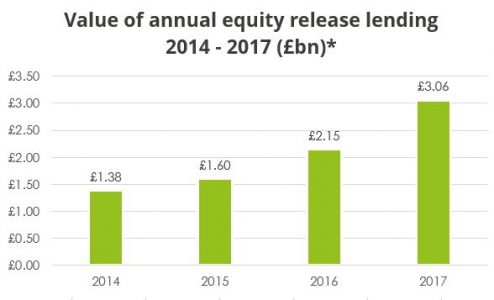 The final three months of 2017 saw an unprecedented number of new equity release customers. The council reported that Q4 2017 exceeded 10,000 new customers for the first time in a single quarter and the total amount of new customers for the year reached over 37,000. With almost 67,000 customers over the year it goes to show that equity release is becoming more and more mainstream as a solution for retirement funding. 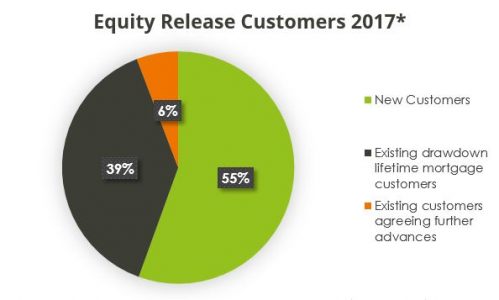 71%* of the new plans agreed last year were drawdown lifetime mortgages which remain the most popular product choice amongst consumers. Drawdown plans allow smaller amounts to be released from the property value initially, compared with lump sum plans, leaving any extra amount reserved for future use. The interested owed is therefore limited as it is only charged on funds as they are withdrawn. 75%* of new customers in Q4 opted for drawdown plans, up from 64% in Q4 2016.*

As new customers are leaning towards the drawdown options, enabling them to release smaller installments, despite the overall growth of lending activity, the average lending per customer was stable year-on-year at £72,217 in Q4 2017 compared with £71,627 in Q4 2016.*

Comments on the record breaking year

The record breaking demand for equity release over the past year is testament to the fact more consumers are changing the way they plan financially for retirement, and taking a broader range of options into consideration. This is illustrated by the continued popularity of drawdown products, with many customers viewing equity release as a reliable source of income in later life.

2017 was a record breaking year for the equity release sector, with many contributing factors.  Having been in the industry for nearly 12 years, Bower have helped play a part in the growth of the industry and are excited for the year ahead.

The service received from Richard Smith was excellent, he was alway polite, easy to talk to, business like, patient in explaining and discussing detailed points. We received regular update calls throughout the process. The Bower service was worth every penny of their fee. Switching lenders was made stress free. Thank you.

Switching lenders was made stress free.