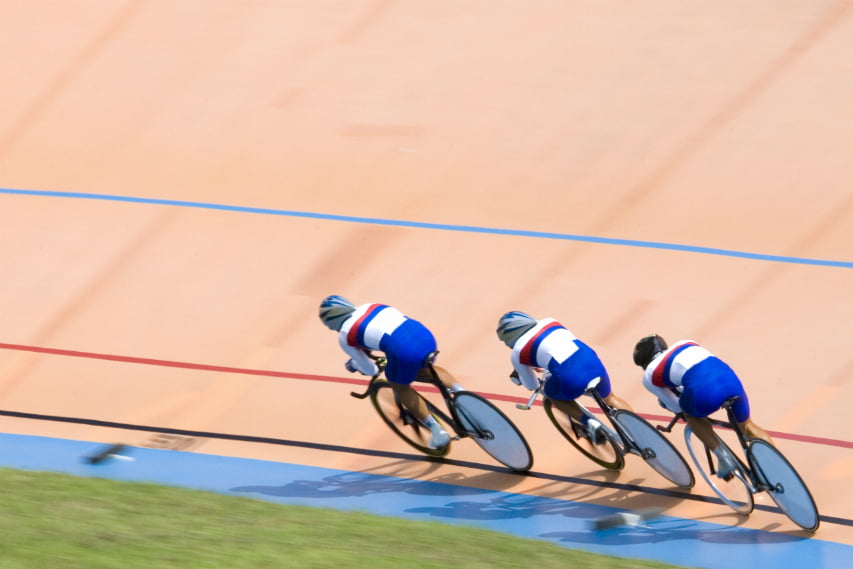 A great example for us all, Robert Marchand proves that you don’t have to let a little thing like age stand in your way.

Who is Robert Marchand?

At 105 years of age, Robert Marchand, is a world record breaker. But being a centenarian sensation is not all Marchand has done with his years.

His eventful life started in 1911 in the northern French city, Amiens. While in France he survived World War I and was a prisoner of war in World War II. Having always been an avid cyclist, He set out to prove wrong the president of his teenage cycling club, who suggested he should give up cycling because he would never achieve anything on a bike – laughable in hindsight.

During the 1930’s while still in his native country, Marchand was a firefighter in Paris. The first of many jobs he pursued as later on, in the 1940s his life took him to Venezuela where he worked as a lorry driver and sugarcane planter.

It was around this time that his cycling was put to the test, in 1946, at age 35 Marchand finished seventh in the Grand Prix des Nations. After this he didn’t return to cycling for a while. He was too busy as a lumberjack in Canada in the 1950’s and later a gardener and wine dealer back in France along with other various jobs – meaning no time to practice sports.

It wasn’t until he was 68 years old that he finally took to his bike again where he started racking up the achievements. He cycled from Moscow to Paris in 1992 and set the record the 100-plus category with a 62-mile ride. In 2012, Marchand set a world record, 15 miles in one-hour track cycling in the over-100 age group. A category made especially for him. While most would be thrilled with this, Marchand kept training and in 2014, aged 102, he surpassed his own record by cycling 16.7 miles in an hour.

To top this off, at 105 years of age, on 4 January 2017, Robert Marchand set his latest world record. One-hour track cycling in the over-105 age group, covering 14 miles in one hour.

“I am not here to be champion. I am here to prove that at 105 years old you can still ride a bike,” The Centenarian Cyclist declared.

So all in all – An amazing and impressive life and still going!

How does he do it?

The secret behind Marchand’s longevity relates to his healthy lifestyle. He says he eats a lot of fruits and vegetables, a little meat and just the occasional glass of wine. He doesn’t smoke, and exercising on a daily basis with an hour a day on the cycling home-trainer.

With Many friends, Marchand has a positive mind-set is which keeps his physical health young and active. This optimistic lifestyle has kept him going strong at 105, showing that good mental health is just as important for living longer.

The trick to keeping young, is to keep moving. Marchand kept working until he was 89 years old. And then in retirement, unlike most people who take up cards and stay immobile, he’s kept moving and doing physical sports. It’s vital to stay active in retirement or even take up a new sport as we mention in our “sports in retirement” blog.

Get on your bike

Cycling is easy to do, and they say you never forget. It’s a great mode of transport to get you form  A to B. but weather cycling for fun or to work it’s a great way to keep fit and relatively cheap. You could even start by borrowing a bike from a friend or family member before buying your own.

As Marchand demonstrates, you shouldn’t let age stop you, and in fact, getting on your bike could help you live to a ripe old age! But for those who are a little reluctant and feel their mobility may stop them from being active, cycling is one exercise that carries less risk of injury than many other sports and doesn’t put so much pressure on your joints like in other sports like running.

Perhaps join a local cycling club, where you can receive appropriate advice, there are organisations like Cycling Projects that help members of all ability and experience. Lots of events are organised every year so a fun ride can be a community get together.

Who knows, maybe you could beat Robert Marchand’s world record if you start training now– there’s one to add to your bucket list!

Excellent & Professional Service. By keeping me informed on the progress of my Equity negotiations with the lender was very important. Checking and confirming details is also important which they did. The ladies I dealt with whether it be the receptionist or the solicitors were very polite, courteous and professional in their manner and dealings with me.