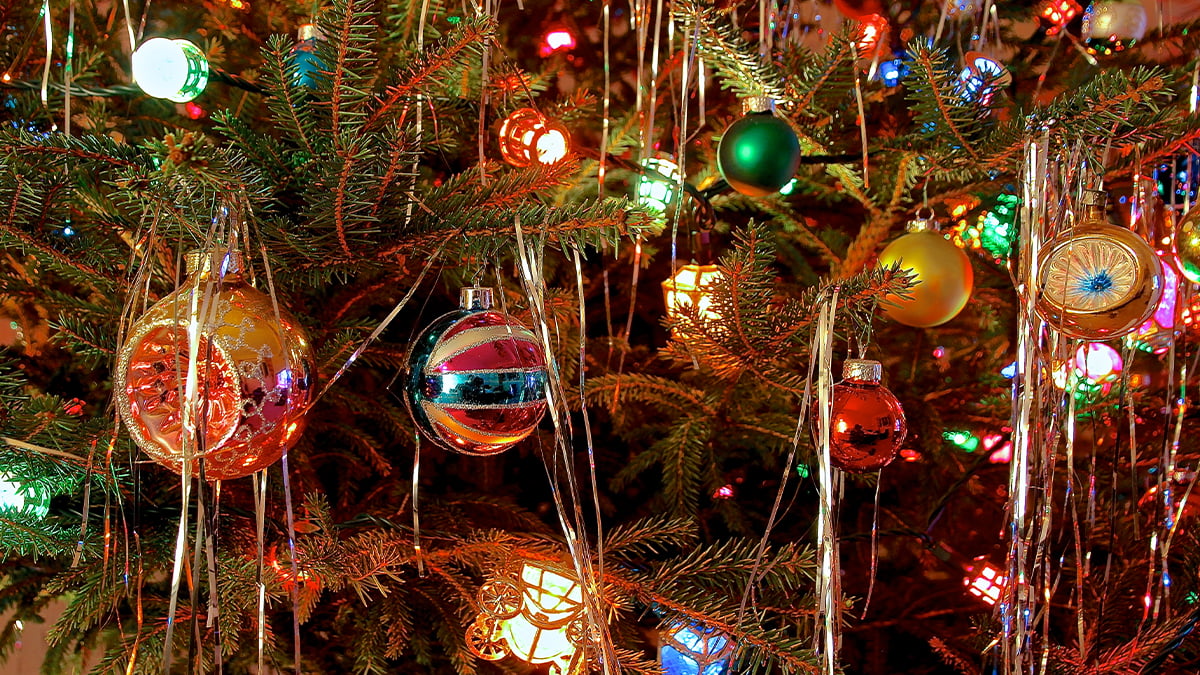 Published on 20 December 2019 by The Bower Team

The festive season is finally upon us. As we approach a new decade, Bower thought it would be interesting to take a look back at a typical Christmas in the 1980s. Read on for a trip down memory lane to see how much has changed in the past forty years. Why not share our findings with your family and friends, to reminisce on your favourite Christmas memories? Just click and share at the end…

Christmas trees in the 1980s were predominately real trees. Although there were some artificial trees available at this time, the fashion was to have a real tree flocked, which meant to dust it with something that looked like snow. Most people would opt for white, but there were a variety of different colours available.

Not only was tinsel used on Christmas trees during the festive season, Lametta – long narrow strips of shiny foil – was also used in abundance as tree decorations.

Foil ceiling decorations were also very fashionable during the 1980s, and making your own decorations was a popular past time, especially with the children, who would create paper chains to hang up around the house.

For children celebrating Christmas in the 1980s, asking what they wanted for Christmas normally revolved around looking in the Argos catalogue for inspiration, or making a trip to Woolworths – both popular shops to buy gifts.

Some of the most popular toys children asked for at Christmas during this decade included the Rubik’s Cube, Care Bears, Ghostbuster toys, bristle blocks, and a BMX bike.

Boxing Day, in the 1980s, would not have been complete without a classic sherry trifle, and if you were lucky, some champagne.

Many of the songs that we still play around the festive period today were songs released in the 1980s. Some favourites from this decade included: Wham – Last Christmas, Band Aid – Do They Know Its Christmas, The Pretenders – Have Yourself a Merry Little Christmas and Cliff Richard’s – Mistletoe and Wine. All of which are still popular song choices today during the festive season.

The highlight of Christmas Day, for many, was the programme the Top of the Pops, Christmas Special, which had artists with popular songs from the year perform.

So, there we have it, a small insight into what was popular for Christmas during the 1980s. Whilst much has changed, much has also remained the same. Nonetheless, Christmas will continue to be an exciting time of the year for children and adults alike.

Bower have always been helpful and supportive. Sheila Carroll has been exceptional, we started this process in January 2020, little did we know covid was waiting around the corner. However Sheila has always kept me up to date and been more like a friend. I would recommend them to anyone