By next year, the average household in the United Kingdom will have amassed over £10,000 in unsecured debt. 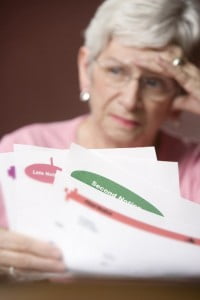 Despite positive economic news and the government repeatedly telling us how well we’re doing, debt is becoming an issue that touches most of us. Unsecured borrowing has accelerated at a rapid rate over the past 12 months; in 2014, borrowing increased by £20 billion on credit cards, personal loans and overdrafts.

According to accountancy firm PwC, the rise in unsecured debt was the fastest on record in over a decade.  The firm predicts that unsecured borrowing will continue to rise over the next two years, between 4% and 6% annually.

The accountancy firm also revealed that borrowing amongst those aged 35-44 was worryingly commonplace, with close to 20% saying that they borrowed money to just make ends meet. Furthermore, on the younger side of things, student borrowing totalled nearly £10 billion in 2014. Graduates who started after 2012 could end up with between £40,000 and £50,000 once they leave.

Credit card debt is also approaching historic highs with the average credit card balance standing at £1,021 by the end of last year, just £39 short of the all-time high of 2010. Moreover, these debt figures may be worsened when the Bank of England does eventually move interest rates from their current historically low levels.

Government borrowing may be on the decline and the Conservatives ‘long-term plan’ may be all we hear about in the run-up to the election; however, personal borrowing through unsecured means like credit cards and overdrafts, coupled with the increasing burden on our country’s students, means that many of us will have to get used to being in debt.

Absolutely clear and concise communication from start to finish and the whole process was completely seamless. Would definitely recommend.

This is how business should be done!